Recenze alba A Question To All Your Answers (Angličtina) 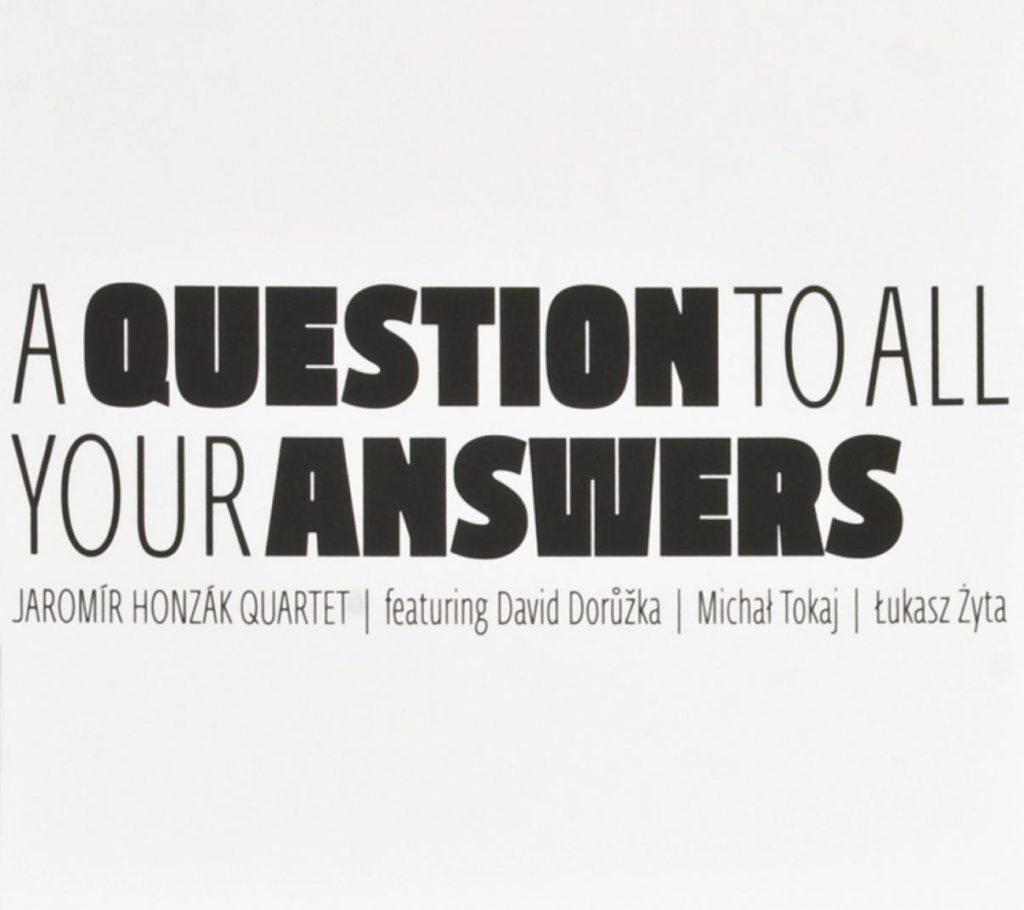 This is the third album as a leader by Czech Jazz bassist / composer Jaromir Honzak and his first release on the excellent Czech label Animal Music. The album was recorded by a Czech / Polish quartet which also included Czech guitarist David Doruzka and Polish pianist Michal Tokaj and drummer Lukasz Zyta, both of which played with him on this album’s predecessor „Present Past“. Clarinetist Tomas Cistecky, flautist Lucie Cistecka and pianist Vojtech Prochazka appear as guests. The album presents eight original compositions, all by Honzak. Seven on the tracks were recorded at the excellent Studio Tokarnia and engineered by Jan Smoczynski, with the usual superb sound quality. The last track was recorded at the Czech Radio and features the a.m. guests.Honzak, whom I have been watching closely since many years, proudly continues the Czech Jazz Bass tradition, established by internationally known bassists like George Mraz (really Jiri Mraz) and Miroslav Vitous, but also less known outside of their homeland like Ludek Hulan, Frantisek Uhlir, Karel Vejvoda, Petr Korinek and others. His beautifully round notes and chronometric pulsations are always a guarantee of a perfect rhythm section anchor in the numerous recording he took part in.But on this album Honzak great forte are his wonderful compositions, which are beautifully woven, versatile and most importantly open enough to be stretched and explored by the quartet members, often towards unexpected directions. As a result this album is a superb ride into the unforeseen, with each track taking the listener on a new adventure. Not losing the sense of melody and coherence, the music has so much freedom and breathing space that the flexibility is endless.Of course the leader gets fantastic support from the quartet members; Doruzka, here fourteen years younger than today, is already a bright star on the European scale, while Tokaj and Zyta, despite their relatively young age at the time were already seasoned veterans, capable of playing virtually anything. Together the quartet sounds like an organic unit and in retrospect I’d love to hear this experience repeated again.Overall this is a brilliant album from start to finish, a perfect reflection of 21st Century European Jazz at its best. Fourteen years later it still sounds perfectly fresh and sparkling with ingenuity, like a gem it is. Absolutely not to be missed!

Adam Baruch – The Soundtrack Of My Life