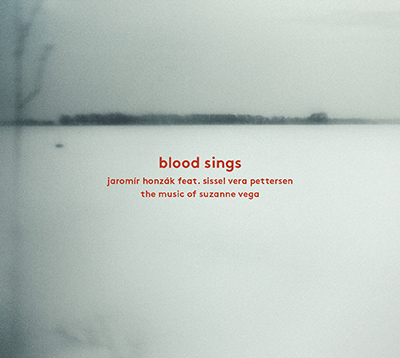 We often forget that jazz always was a part of so-called pop music. This fact escapes our attention because in recent decades there was a trend in jazz to flirt with the classics AND to treat itself SO seriously. If you look at Keith Jarrett, Brad Mehldau or Wynton Marsalis you can see that they play jazz as classical music. Moreover they are so grave, serious and solemn that in consequence listening to them is rather dull and tedious task for me. I admire their genius but it kinda overwhelms me too much to stay comfortable with their music. I feel much more at ease with those jazz musicians, like for example Miles Davis, who choose rather to turn toward pop music. Such excursions frequently fail, they were also controversial in Davis case, but if they work they have potential to refresh and redefine whole genre. Since few years such escapades into pop territory has become more and more common which I found very interesting especially when such attempts are so successful as „Blood sings“.
The album is signed by Czech bassist Jaromir Honzak. This gentleman is a pivotal figure on small but respectable scene of this country. Up to this moment he was well known from recording typical mainstream jazz that could be characterized by extremely high level of performance and by inspiring compositions penned by the leader. On this disc however you will find only one his composition while all nine other are songs by legendary American singer & songwriter Susanne Vega. Further he invited to this project Norwegian singer Sissel Vera Pettersen who is known to me from a fantastic collective called Equilibrium. Their last disc „Walking Voices“ released in 2011 made very positive impression on me. Last but not least Honzak took three young lads to support her: guitarist Josef Stepanek, prodigiously talented pianist Vit Kristan (educated in Music Academy in Katowice, Poland) and Polish top drummer Łukasz Żyta.
These five musicians produce before our ears a grand spectacle of sounds and moods full of colours and creativity. Do not expect yet another uninspired rendition of famous „Tom’s Diner“ or „Luca“. They chose lesser known tunes of Susanne Vega and turbocharged them so you feel like listen to them for the first time. Yes! Its fresh, it’s surprising, it’s exhilarating. It’s not „jazz“ in negative sense of this word and it’s not „pop“ if you understood it as pejorative term. Its something very natural, coherent, aesthetically refined and simultaneously very communicative. Brilliant stuff indeed